Celebrating 30 Years of Changing the World for Women and Girls

“Seventy years ago today, the formidable New Yorker Eleanor Roosevelt led governments to sign the Universal Declaration of Human Rights, which reminds us and governments that every human being, by virtue of their birth, has a fundamental right to dignity, security and equality. Forty years later, CATW was formed with one vision: to never forget that women and girls are part of that promise. And to remember that ending the trafficking, sexual violence and sexual exploitation of women and girls, through the enactment of laws and by changing harmful cultures, is essential for the realization of that promise.”

This is how our executive director, Taina Bien-Aimé, opened the program during our 30th Anniversary Gala on Dec. 10. While welcoming almost 500 guests to the event at Tribeca 360, she reminded everyone why we were all gathered. It was to celebrate an incredible 30 years of our successes in legislative advocacy and awareness-raising, made possible through collaboration and partnership — like those with the four individuals and one law firm we honored that night. But it was also to commemorate International Human Rights Day and the Universal Declaration of Human Rights. As human rights advocates who take a stand for the most marginalized women and girls, we look to the Universal Declaration of Human Rights as a guiding document. We make it our mission to ensure that the world never forgets women and girls, and lives up to the Declaration’s principles, by reminding our communities and our governments that it is only by eradicating sexual violence and sexual exploitation that we can guarantee human rights for all.

Our honorees embodied this spirit, which is why we recognized Aaron Marcu and Freshfields Bruckhaus Deringer LLP, Football Hall of Famer Curtis Martin, Jr., and Rachel Foster and Alain Kodsi for their outstanding commitment to justice and equality for women and girls in New York City and beyond.

The program that night featured a line-up of advocates, survivors and artists — partners who share our vision of a world where no woman or girl will ever be bought or sold. Cameroonian singer Kaïssa and singer-songwriter Joseph Arthur raised their voices in songs that celebrated freedom and resilience. Actor John Doman (The Wire, Gotham, The Affair) introduced stage and screen actress Zainab Jah’s (Buried Deep, Homeland, and Broadway’s Eclipsed) reading of a powerful excerpt from two-time Pulitzer Prize-winner Lynn Nottage’s play “Ruined.”  Monica Raymund (Lie to Me, The Good Wife, Chicago Fire), Reshma Shetty (Royal Pains, Pure Genius, Broadway’s Bombay Dreams), and comedian Seth Meyers (Late Night with Seth Meyers, Saturday Night Live) introduced the four honorees with poignant tributes. Survivor leaders also spoke: Rachel Moran author of “Paid For: My Journey Through Prostitution” honored her friend and advocate ally, Rachel Foster; Nicole Bell, founder of Living in Freedom Together, detailed the importance of strong legislation against online sex trafficking for the women she serves; and Vednita Carter, founder of Breaking Free, led the room in a remembrance for victims of the sex trade. Though she could not be physically present, Gloria Steinem was with us in spirit as the evening’s emcee — her words about each honoree were read throughout the night.

In this moving atmosphere, surrounded by an exhibition of portraits of New Abolitionists (photographed by co-chair Lynn Savarese), we celebrated our work and the partnerships that have made it possible. We stood side-by-side with our allies, especially survivor leaders, and took the first steps into our next 30 years and beyond. 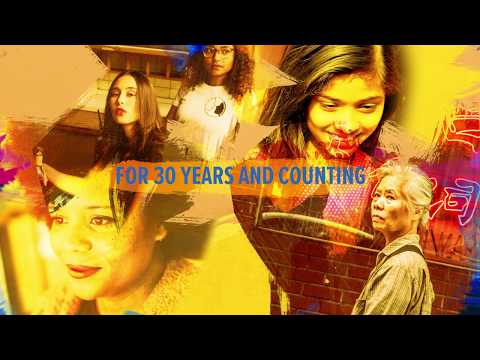